This week on IAQ Radio we will be coming to you live from the Rio in Las Vegas where for the first time ever the Restoration Industry Association (RIA) and the International Inspection, Cleaning, Restoration Council of Associations (IICRCA) co-located their conferences… 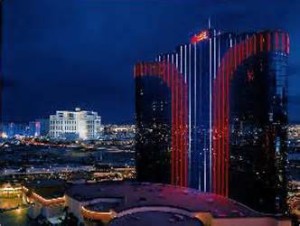 This week on IAQ Radio we will be coming to you live from the Rio in Las Vegas where for the first time ever the Restoration Industry Association (RIA) and the International Inspection, Cleaning, Restoration Council of Associations (IICRCA) co-located their conferences. Radio Joe and the Z-man will be joined by RIA President Scott Stamper and/or RIA 1st Vice President Chuck Violand and IICRCA Chairman Bryan O’Haleck. All of these fine gentlemen have been guests on IAQ Radio in the past and we look forward to bringing them back to get their views and perspective on this weeks events. We want to know what they learned and can pass on to listeners? What new announcements were made? Are there any new trends in the exhibit halls? How was attendee response? Why were there so many Aussies here this week and what w

e can expect in the future? We will also be joined by the restoration industry global watchdog Pete Consigli with his unique perspective on this weeks activities and events. This show will immediately follow a widely anticipated debate/discussion on changes to the IICRC S500 Professional Water Damage

Restoration Standard.  We will add a few words on how the debate went from the perspective of the moderators and our guests. LEARN MORE about news and events from this weeks RIA and IICRCA Conferences and get insights from industry leaders this week on IAQ Radio!

The show began with RadioJoe asking each guest to comment on their  experiences in Vegas:

Nontraditional exhibitors of health items, massage stimulation, phone gadgets, were popular. He saw plenty of people walking around with bags of products purchased at the IICRCA Event.

Pete suggested modification of the order of Jeremy’s recommendations:

Pete pointed out that he and the Z-Man were involved with the first S-500 document editing committee and that he was on the editing committee of the 2nd revision and also was asked to serve on the committee that drafted the language regarding Bias in the 3rd edition.

The IICRC S-500 Water Damage Standard 94 was first published 25 years ago. There have been jugular issues in each rendition of the document.

The jugular issues in the first document were:

1. Should the document be called a standard or a guideline? (Looking back in retrospect it wouldn’t have mattered.)

2. Should the document be procedural/prescriptive or performance based? The majority decision was to make it a prescriptive document. Cleanfax magazine published a Great Debate article in which IICRC Standards Chairman Larry Cooper advocated for a procedural standard and a contractor Denny Jensen argued for performance based.  The S-500 first editing committee was comprised of: Larry Cooper, Larry Cooper’s brother attorney Robert Cooper, Pete Consigli, Jeff Bishop, Cliff Zlotnik, and Claudia Ramirez.

The 3rd edition 2006 ANSI process started with a clean sheet of paper.

The 4th edition is an update.

Big picture issues versus little picture issues. Do we want a prescriptive or performance based document? Should we call it a standard or guideline? Dissenting opinions or not?

With all due respect to the volunteers and the time and effort they put in these guys are in the weeds today. Has our industry digressed that we’ve gotten so far into the weeds that we’ve held up the process to get this document out?”

What’s going to happen? The document will be published and will be out there. The S-500 committee talks about the document being a living, working and teaching document. But they also talk about how to do the work.

Those are my observations now here are my suggestions which may lead to change.

This would result in a smaller document. The reference guide allow the educators to tell people how to best get there. Describe where the end zone is and allow the contractor to take the ball down the field.

Debate and disagreement won’t go away. This will show the maturing of our industry.

Hope it leads to a proposal which will lead to change.

Reiterated his appreciation for the time and effort that went into the document and the opportunity for discussion and debate. People care about the issues. Discussion needs to be had. Engages the industry, leaders should make sure debate is meaningful, orchestrated, it’s fair and it’s balanced.

Ben Franklin said to the 13 colonies “gentlemen we either hang together or hang individually.

RadioJoe- As many don’t know the history, it would have been beneficial for Pete’s detailed S-500 history to have proceeded Howie Wolfe’s opening remarks.

Bryan O’Haleck, Enjoyed the conversation and the good points made by the presenters and the audience. Howard Wolfe didn’t want the conversation and/or the discussion terminology to jeopardize the ANSI process. It was good that the committee got to see the reaction of contractors and hear their feelings.

Pete Consigli- About the panelists: Ron Reese was elegant, no one has more passion than Darren Hudema, Jeremy Reets was respectful to the standards process and has taken allot of heat for what he has done and Niclas Willems handled himself well.

Z-Man- Water restoration has unnecessarily been made more complicated by S-500. The document still contains “Made Up Stuff”. I arrived early for the discussion and accidentally went to the wrong room where after a few minutes alone I was joined by Sonny Bass (head of training for Paul Davis). We were discussing S-500 and I told him that all Americans have a strong opinion on Obamacare, liking it or disliking it, wanting it kept as law or repealed.  So it is with S-500, I opine contractors would prefer a simple performance based document over the existing prescriptive one. I took the opportunity to show him some slides from 2003 I made at an RIA event which through the use of smoke visually shows the path air during 2 water damage scenarios. When I tried to introduce this to the S-500 committee, I was denied. My experience with the first S-500 editing was frustrating, first after fighting hard to persuade the majority of the editing committee to put language into the document, the editor of the document removed it and it ended up on the cutting room floor. My experience with the 2nd document was equally frustrating when I was denied 5 minutes to show the editing committee the slides smoke movement slides. These two bad experiences burned me out on IICRC standards.

RadioJoe-The science of air movement is not simple such as creating a vortex in a square room. Removing particulate form air in cleanrooms air movement may not be predictable due to turbulence, offsets and insets. Pete brings up a good points and the need for a clean pierce of paper.

Pete Consigli- RIA recently rolled out new website, the work product of a 5 year effort involving thousands of volunteer and staff hours, RIA’s Certified Restorer Curriculum© and Body of Knowledge Document is now ready for public review. http://www.restorationindustry.org/?RIACertRestCurr  Review period will last from Friday, May 1, 2015 to 11:59 PM EST Monday, June 8, 2015.  Groups such as AIHA, IAQA/ASHRAE and the IICRC will be commenting on the document. RIA’s future education and certification programs will be developed around it, a 2nd keynote speech by Tim Miller, the closing session at RIA will be a town hall meeting what councils are working on what the members want.

Maury Astley, IICRCA President- I’m a little disappointed in attendance and booth sales, but it was our first go around. I’m proud of our mission to serve our council of association members. One council member came for the express purpose of rebranding and promotion because they were changing their name and came to: Canadian Flooring Cleaning and Restoration Association.  Jenny Boymal made a public presentation on the IICRCA’s general program and also brought an Australian group who held a private meeting. We offered good presentations, skilled tech training, training on how associations should run their boards, how to improve their business. IICRC Certified Firms who received rebate coupons to spend with exhibitors.  Future goal give association members opportunities to learn, help them grow their membership, provide networking and scholarships for IICRC Certified Firms. The theme of our next event is “make money and save money.” Next event will be focused on learning. Tech training, how to run biz and run your association.

Marc Selvitelli, RIA Executive Director for RIA. We are having a great show. Really pleased with the increase in number of attendees and over 100 exhibitors. Exhibitors were upbeat and pleased. Exhibit hall was busy, members overcame the distractions of Las Vegas to learn about vendor products and services. Having our friends the IICRCA across the hall and both groups having the opportunity to intermingle has been a real positive. Heard positive comments from both IICRCA and RIA attendees and we can and will build on that.

Pete Consigli- Maury Astley and David Rouzsa organized a special MOU reception with the RIA board, IICRCA, IICRC and key management and staff. Henry Ford quote, “when you get together that’s a good start, coming together is progress, working together is success. The Memorandum Of Understanding (MOU) was getting together, we need to come together sit down meeting to develop a more definitive MOU work closer together. RIA has applied for IICRC shareholder status. An association membership application has been made hopefully will be approved Council of Associations. RIA and IICRCA should have a separate MOU on how to work together with successful collocated events in the future. Move past decisions made years ago that couldn’t be changed. Keep moving in a forward direction.

Next year is RIA’s 70th anniversary. RIA’s roots are in regional associations: CCINW, New York Rug Cleaners, CFI, New England, MidSouth. We’re planning a big blowout gala event to try and bring the industry associations closer together. RIA founders reside in the regional associations. We are in the middle of passing the baton from the baby boomers to the Generation Xrs and Millenials.

When we look in the mirror we see that we each other. It’s been challenging getting over the challenges of the past. Current leadership of all 3 groups have their hearts in the right place. Pete Thanked IAQradio for their service to the industry by fostering the dialog.

RadioJoe- This is a good time to close.

RadioJoe and the Z-Man thanked today’s guest and our hosts IICRCA, IICRC and RIA for their technical assistance and warm hospitality.