This week while Roxy V is on vacation we want to honor and remember Melinda Ballard by replaying a show we did with her and Dr. Ritchie Shoemaker… 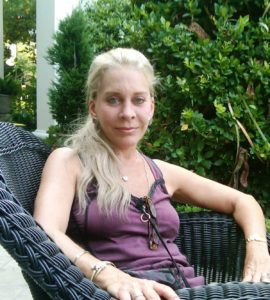 This week while Roxy V is on vacation we want to honor and remember Melinda Ballard by replaying a show we did with her and Dr. Ritchie Shoemaker. Melinda was a powerful advocate for those that live and work in water damaged buildings and for those having problems getting a satisfactory response from their insurance carrier. May she rest in peace.

Show description: Melinda Ballard served as President, Policyholders of America (POA), a non-profit organization providing free claims assistance to homeowners who’ve filed claims covered by their homeowner’s policies. More than 2 million people have joined POA since its formation in 2000. Ms. Ballard founded the group after experiencing, firsthand, how insurance carriers often deal with their policyholders after disaster strikes. Dr. Shoemaker is the Corresponding author for the POA’s “Research Committee Report on the Diagnosis and Treatment of Chronic Inflammatory Response Syndrome Caused by Exposure to the Interior Environment of Water-Damaged Buildings”. This report presents the Mold Research Committee’s position statement on the current state of the science regarding human health effects acquired following exposure to the multiple microbes and microbial contaminants and their metabolites found in the interior environment of water-damaged buildings. This dynamic duo has joined forces to advance the understanding of health effects caused by exposure to water damaged buildings.

While the causality dilemma of “what came first the chicken or the egg” has provided fertile grounds for discussion by philosophers and scientists for thousands of years; it is undeniable that the hyphae of the mold business can be traced to the former residence of Melinda Ballard’s in Dripping Springs, Texas and her $32,000,000 court case verdict. Melinda Ballard is now a consumer advocate and her nonprofit group Policyholders of America provides free claims assistance to homeowner’s who have filed claims covered by insurance.

Beware of the anti-concurrent clause- which according to Ms. Ballard “when more than one cause can contribute to property damage and a cause isn’t covered, the insurance company owes nothing.”

The demand to build faster and cheaper has resulted in deficient homes built by employees who aren’t fluent in the language in which work instructions are given, who lack supervision and quality control, using substandard building materials and resulting in houses that are less well built.

Hurricane chasers, POA pays for photographic documentation during storms and hurricanes. These photos have resulted in homeowners receiving payments for claims that would have been otherwise denied.

Ritchie Shoemaker, MD, headed up the team that created a new document titled: “Research Committee Report on Diagnosis and Treatment of Chronic Inflammatory Response Syndrome Caused by Exposure to the Interior Environment of Water-Damaged Buildings.” The document is available at: http://www.policyholdersofamerica.org/doc/CIRS_PEER_REVIEWED_PAPER.pdf Dr. Shoemaker made excellent points including his criticism of his industry peer critics describing them as “PhDs who don’t treat patients” and “MD’s who don’t treat the illness”.