On May 1st, 2019 in Phoenix, Arizona an historic announcement was made at RIA’s 73rd annual Convention and Exposition. The convention opened with a Town Hall session traditionally done as the association’s closing general session with breaking news that shall shape the direction of the industry for years to come!

RIA President Lee King, CR and IICRC Chairman Pete Duncanson taking a page from Regan and Gorbachev’s historic Glasnost agreement executed the Strategic Partnership on behalf of their respective organizations. RIA 1st VP Mark Springer, CR and longtime IICRC board member Craig Kersemeier, WLS were instrumental in helping facilitate the negotiation on behalf of each organizations board of directors leading to the signing ceremony in Phoenix on May 1st.
After the execution of the agreement Mark Springer announced the launch of RIA’s AGA task force. The Advocacy and Government Affairs (AGA) committee chair was then introduced. Well known restoration contractor advocate and counselor Ed Cross known in the industry as “The Restoration Lawyer” then addressed the convention delegates  about the AGA’s inaugural initiatives.
Please join us live for this exciting  exclusive interview by “Radio” Joe Hughes and the Cliff  “Z-man” Zlotnik this week with Springer and Cross who will share their unique insights into the making of the partnership agreement and the task force’s advocacy plans for the future.
This show is the first in a 4 part series that will evolve over the next several months as the IICRC is invited to weigh-in with their unique perspective in part two.  Part 3 will provide an update by Cross on the AGA activities. After Labor Day a collaborative show is planned with King and Duncanson to inform the industry on the progress of the partnership’s ambitious plans to unify the industry and advance the trade for professional cleaning and restoration contractors!
This week, IAQradio’s Restoration Global Watchdog will join the show and weighs in with his thoughts on the historic announcement. Pete Consigli, CR, WLS says, “Over the past decade a succession of volunteer leadership and executive management of both RIA an IICRC have worked towards this historic day. I am thrilled to see the industry come together to collaborate for the greater good. Consigli goes on to say, I thank everyone who played a part in the agreement and hope with  broad base support from industry stakeholders the partners will accomplish their goals”.
Join Cliff, Joe and Pete this week for the “kick-off” of this exciting 4 part series on industry unification as professional cleaners and restorers come together to “Take a Stand” on the direction of the future!
Mark Springer Bio: 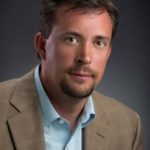 Mark Springer is the President of Dayspring Restoration, a company that performs restoration services in properties that are damaged by disasters such as water, fire, wind, or environmental damage. Dayspring performs these services across the great state of Montana where Mark has lived his entire life. The Dayspring family has grown to over 125 team members who work hard to delight their customers who have experienced property damage in their homes or
businesses. 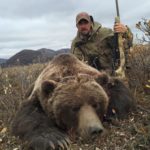 Serving in the communities that Dayspring operates in has always been a priority for Mark and he has been a board member for many not-for-profit organizations such as the Chamber of Commerce, 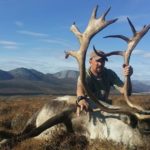 children’s outreach, hospital foundations, and medical research. Mark is also very passionate for the sustainability of the property restoration industry. He is the President-Elect for the Restoration Industry Association, an international trade association that advances professional practices and advocacy for their members. Mark has been married to his high school sweetheart, Angie for 20 years and they have been in Montana accentuates the dream as he is able to pursue doing things he loves like downhill skiing, bow hunting, competitive shooting, and the mountains in general. 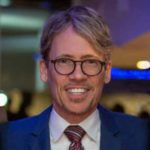 Ed Cross, The Restoration Lawyer, is President of Law Offices of Edward H. Cross & Associates, PC in Palm Desert, California. He has represented over 100 restoration contractors in over 20 states in collections disputes, standard of care issues and mold claims, and has successfully resolved over 2,000 cases. He creates documentation systems for restoration companies and has written hundreds of restoration contracts. He also has the industry’s only online Legal Store with standardized restoration contract packages, paper flow systems and the e-book entitled Get Paid – How Contractors Get the Money They Earn. Ed also chairs the RIA’s new Advocacy and Government Affairs Committee (AGA) executing a plan spearheaded by RIA’s VP Mark Springer, CR to unify the restoration industry so it can speak with one voice.