This week on IAQ Radio we talk to some of the staff and students at the Carnegie Mellon Universities CREATE Lab. The CREATE Lab came to our attention when a friend asked if we would like to try out the Speck IAQ Monitor… 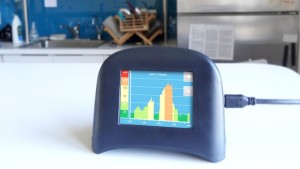 This week on IAQ Radio we talk to some of the staff and students at the Carnegie Mellon Universities CREATE Lab. The CREATE Lab came to our attention when a friend asked if we would like to try out the Speck IAQ Monitor. Radio Joe has had the monitor on his desk for a month now and it’s time to discuss the invention with some members of the team that helped pull together the venture.

Beatrice Dias (Bea) was born and raised in Sri Lanka and went on to earn her undergraduate degree from Hamilton College in Clinton New York. Following college, she worked in the private sector for two years before moving to Pittsburgh to complete her Ph.D. in Engineering and Public Policy at Carnegie Mellon University (CMU). Her postdoctoral field research focused on evaluating the impact of technology in under-served communities across the globe. Bea currently serves as a Project Director for the CREATE Lab at CMU. In this capacity she works with a variety of communities to explore how technology can serve as a tool for empowerment.

Sara Longo, a native Pittsburgher, earned a Biology degree and French minor from Allegheny College. She then spent two years in clinical smoking cessation research at the University of Pittsburgh while working as a TSS for the Watson Institute. After leaving her clinical work, she took her career in a new direction by co-founding the social sharing app, Share Closet, and igniting her passion for empowerment through technology. She now carries that passion through to her volunteer work at ACEing Autism and to her career as the Operations Manager for Speck, where she works to empower people to breathe easier.

Mike Taylor is a PhD Candidate at the CREATE Lab, part of Carnegie Mellon University’s Robotics Institute.  His research interests include methods and calibration for low-cost sensors, machine learning, and air quality.LEARN MORE this week on IAQ Radio!

Poor indoor air quality is a global problem affecting billions of people. M. Beatrice Dias, PhD, Sara Longo and Mike Taylor were the guests on today’s episode of IAQradio and discussed Speck, a low cost particle counter. The Speck detects fine particulate matter (PM2.5) in the indoor environment and informs occupants about changes and trends in particle concentration; the data is visible, storable and accessible. Speck is a product of Airviz, Inc., a spinoff from the CREATE Lab at Carnegie Mellon University’s Robotics Institute. The company “mission is to provide an affordable tool that makes the invisible visible, and empowers you to make informed decisions about how to improve your personal air quality.”

Speck is striving to establish, build and sustain a relationship with the community.

Knowing how technology works gives people power and puts them in charge rather than being slaves to technology. Like fluency in a foreign language, understanding allows the opportunity to participate.

Speck uses infrared optics and diodes which work by obstructing and reflecting light. The device measures the number of particles between 1-3 microns per liter of air and also makes mass calculation estimates based on readings.

Speck focuses on PM 2.5, fine particles so small that they are invisible to the naked eye, but large enough to lodge deep into our lungs, get into our bloodstream, and cause illnesses such as asthma, heart disease, chronic bronchitis, emphysema and pneumonia. The Speck provides a window into an invisible world.

Using stored data (recorded at 1 hour and 12 hour intervals), Speck can be used to investigate the effect of IAQ spikes and trends on occupants. The Speck records data at 1 minute intervals, but displays historical data on the Speck screen over the course of the past hour and past 12 hours.

Speck features a quiet fan running at low speed, allowing people who use the devices in bedrooms to sleep undisturbed.

Recalibration is unnecessary unless unit is dropped our handled roughly. Maintenance is easy, air-washing with canned air.

The Speck is a tool which provides owners to do detective work in their own environment.

Community involvement: Specks are available in libraries for checkout by patrons and in schools for student research products. Speck has plans to make devices available through libraries nationally.

Bizarre data indicates that as spider has taken up residence inside the unit.

Made in USA, Speck is built in Pittsburgh.

Speck’s readings are intentionally non alarmist or judgmental.  Speck’s data is presented in a non-prescriptive manner.

Speck is committed to transparency and open source code.

Users are encouraged to communicate about IEQ[i]. Personal stories are a preferred method of learning about IEQ. Links to Speck’sTwitter and Facebook accounts (https://twitter.com/SpeckSensor and https://www.facebook.com/SpeckSensor)

There is growing trend toward low cost sensors and people using them.

The Speck team’s dream is for air quality sensors to be ubiquitous.

Z-Man opines that the Speck would be a nifty new tool for the disaster restoration industry.

Today’s Music: “Particle Man” by They May Be Giants (YouTube)

Name the colloquial acronym for a US Federal Law entitled “An Act to Improve, strengthen, and accelerate programs for the prevention and abatement of air pollution”