Dirty Jobs, Pawn Stars, American Pickers, Bar Rescue and other reality shows make good television entertainment and most of us watch them… 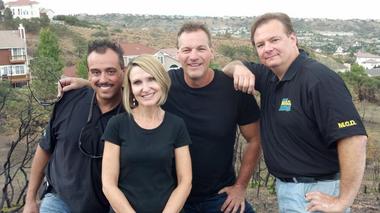 (Left to right) Edward Ranieri, Kari Openshaw, Joe Charboneau and Enzo Maddalena star in Catastrophe Inc., an HGTV reality show that follows a Cleveland-based company as it cleans up disasters.

Dirty Jobs, Pawn Stars, American Pickers, Bar Rescue and other reality shows make good television entertainment and most of us watch them. This week’s guest on IAQradio is Ed Ranieri, 32 year restoration industry veteran and star of the TV show Catastrophe Inc. which aired on HGTV, DIY network, DIY network Canada and now is running on HGTV Switzerland. Service Master by AmeriSteam is owned by Ed Ranieri and Enzo Maddalena and is located in Brook Park, Ohio. Ed and Enzo are the Cleveland “Masters of Disaster.” Ever wonder what goes into making a reality TV show? Then be sure to tune into IAQradio, Friday at noon eastern time and LEARN MORE when Radio Joe and the Z-Man interview Ed Ranieri.

At 8 years old, Ed Ranieri’s first job in the family carpet cleaning business was shampooing the corners where the rotary scrubber couldn’t go. Ed liked being with and working with his father. From his father, who worked 3 jobs, Ed inherited a strong work ethic, an entrepreneurial spirit and an appreciation for cleaning as a craft.

Ed has 32 years of cleaning /restoration experience and gained additional experience insight and experience traversing the US cleaning up following natural disasters. Ed and Enzo Maddelena are business partners in Ohio based Cleveland Masters of Disaster. Ed is one of the stars of Catastrophe Inc. an HGTV series in which he and his team traveled the US performing restoration services.

Todays’ music: Sailor Moon songs from the Hit TV Series 02- “I Wanna Be A Star” (YouTube)

Trivia:  Name the man whose 1948 tv series is credited as being tv’s first reality show 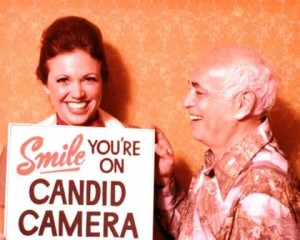